RESORT studios featured in Isle Magazine this month. A piece I wrote about the early days, nearly a year later RESORT is growing steadily, lots of new members, interesting projects and work coming out of the studios and big plans for the future. It will be Resorts official first birthday at the beginning of July…….there may be a party!

Look out for a copy of Isle magazine to read about it. (you can go to forts cafe in cliftonville and have a coffee and read it – they have it there!) 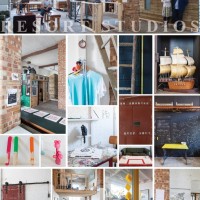