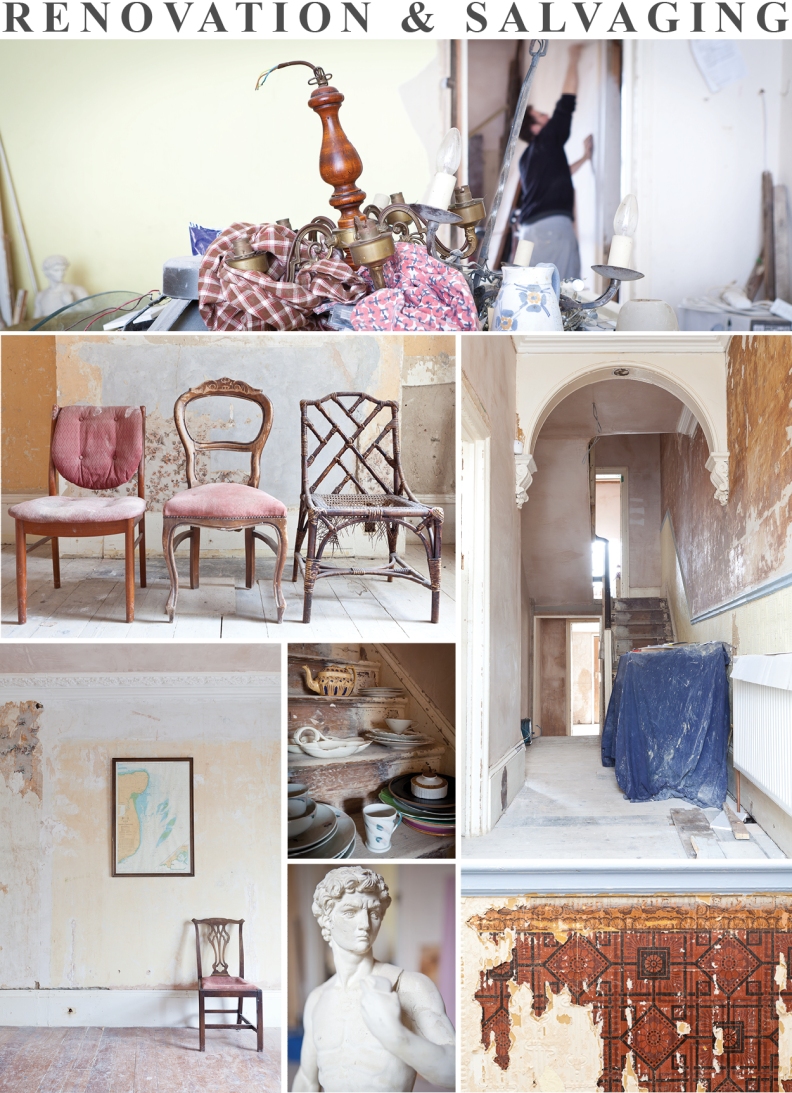 Why Margate? Margate’s very beautiful, both in terms of its layout & architecture, and it’s setting with both cliffs and beaches. It feels like there’s loads of potential here and I’ve never lived in a more friendly place – it’s full of people who care passionately about the town and want to see it change for the better.

How do you define style?   Style is really hard to define – I like colour, history, imperfection and things with a personal association. I try to pick things I really like and I don’t worry about having one particular style. I’m trying to gather less junk…

Object of desire?   My object of desire is a 1970s light by sciolari – a big central hanging chrome chandelier made of up oblongs – it’s contemporary, retro-futurist, studio 54 glam, and a bit sci-fi geek at the same time. It’s also very expensive which is why it’ll remain an unfulfilled desire!

First Margate memory? I first came to Margate just under two years ago. I came out of the station and was really excited to be so close to the beach.

What would buy if you won the lottery?  I would buy and restore houses in Cliftonville and Margate – the houses are wonderful but a lot of then need some TLC. If they were restored sympathetically the area would be amazing. I don’t think I’d make any profit but that’s not the point.. I’d also go back to college, buy art and nice clothes. Maybe I’d have a farm. And I’d give a lot to charity and friends and family. I’m imagining winning the 130m Euros here! If I won £100 I’d buy some new trainers.

What would you do if you were Mayor for a day?  I’d give more resources to street and beach cleaning, try to persuade some travel companies to invest in Margate, volunteer for a drug & alcohol abuse charity, throw a party for the indie businesses, artists and residents who’re helping regenerate the town… and thank my stars it was only for one day!

Best and worst thing about your renovation experience? Worst thing about my renovation experience is the toll it’s taken on my ordinary life – my personal relationships have suffered through the stress, I’ve been able to earn less while concentrating on doing the work and having moved to a new town it can be lonely. On the flip side I’ve made wonderful friends who’ve offered amazing support, I’m seeing my vision for the place come fruition and I’ll be more settled and stable when it’s finished than I’ve ever been before.

What building would you like to be locked in overnight?  A big museum at the heart of a major city – the British Museum maybe. Actually, maybe a shop – Selfridges or Liberty – and I’d spend the night dressing up and playing games and having a midnight feast at their cafe. Can I take someone with me?

What is your favourite space in your home?  It’s a room on the first floor with a high ceiling, full-length windows and a balcony from which you can see the sea. When the house was clad in steel shutters, with the pipes ripped out, weird decor, dead pigeons, rotten wood, fire damage, and some serious odour issues, this room was where you could see that it could be beautiful.

What are your goals for 2013?  Plant the garden, earn more, have a holiday.

ROUND-UP: Dan is breathing new life into his home – a Victorian property in Cliftonville. The house is full of original features and Dan has uncovered wallpaper from years gone by and chosen to salvage and make a feature of these little bits of history. He has spent a long time collecting – scavenging in furniture clearance shops and finding things abandoned on street corners. From crockery, paintings, lighting, chairs, sculptures and architectural salvage, Dan has found beauty and use in discarded unwanted objects.

WHERE TO BUY:  Much of Dan’s hoard comes from RG Scotts -The Old Iceworks, Bath Place, Margate, CT9 2BN.  http://www.scottsmargate.co.uk 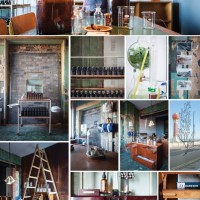